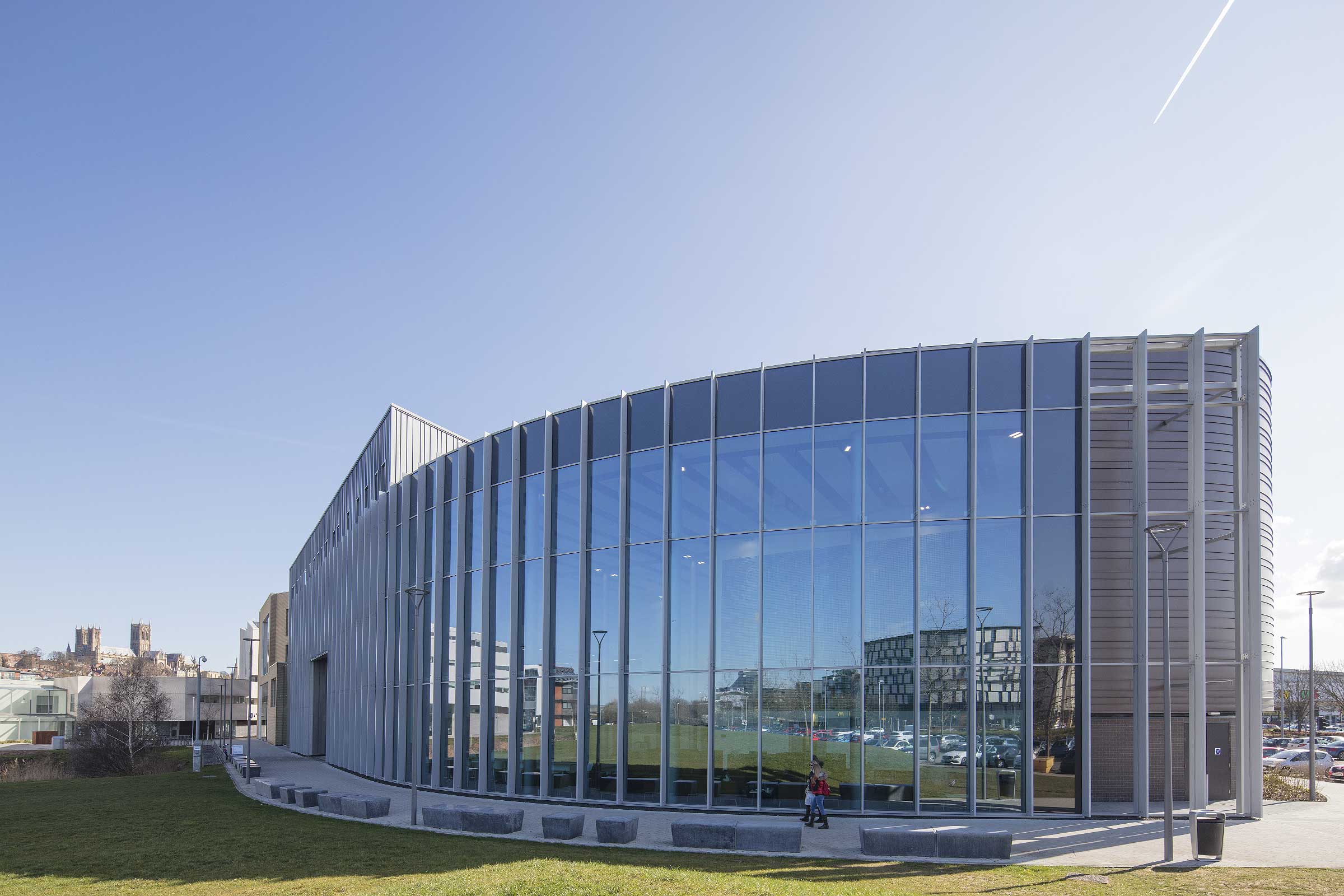 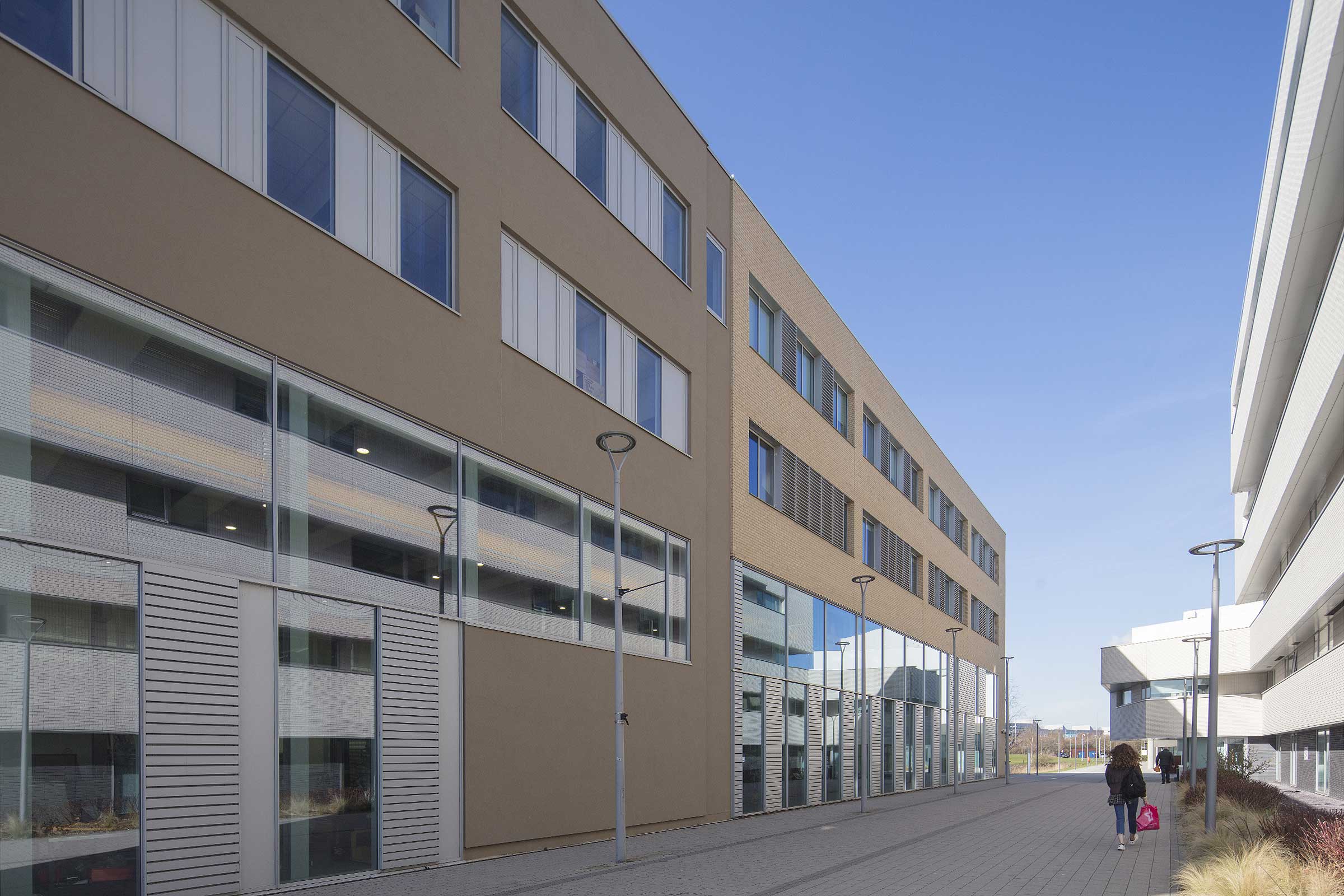 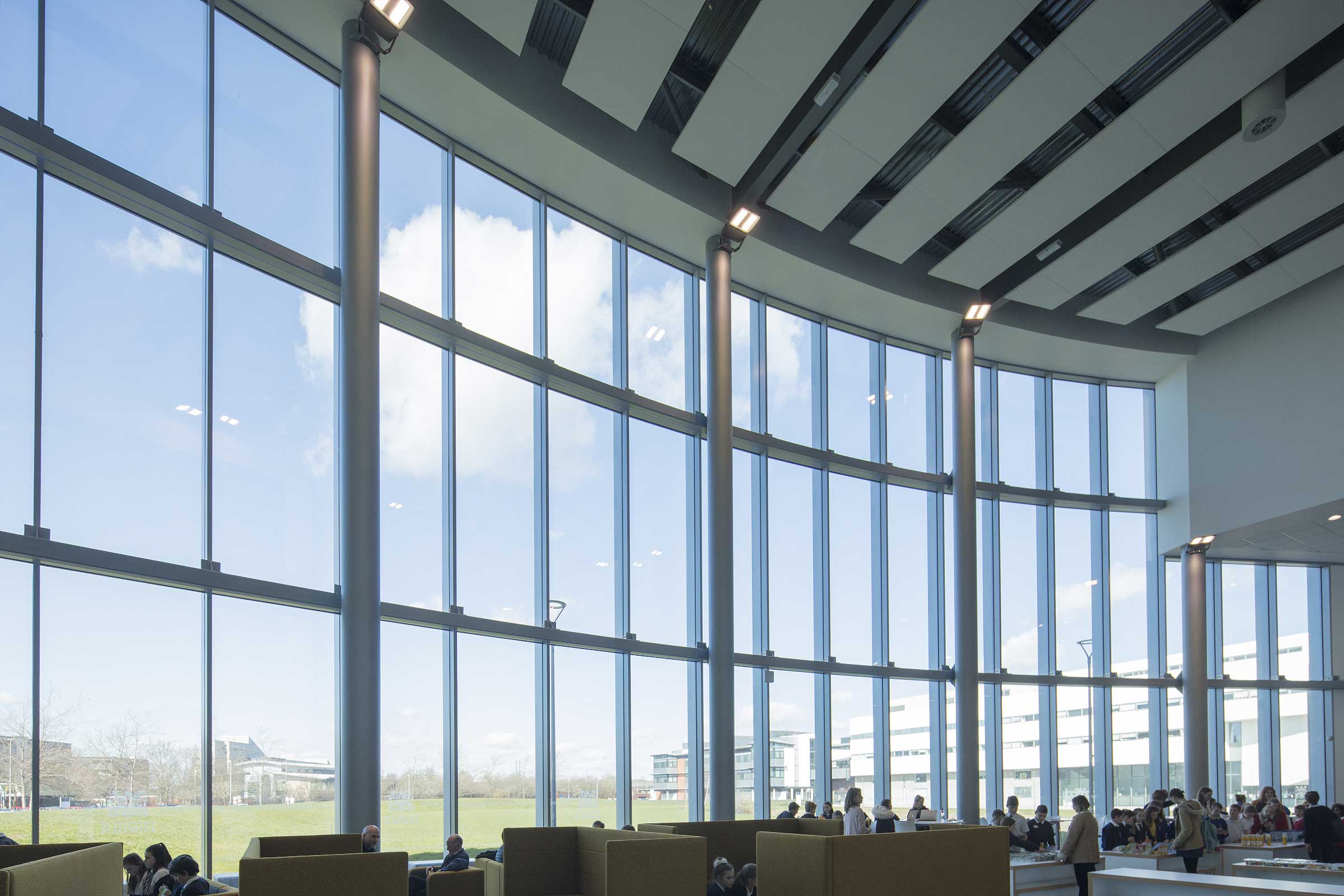 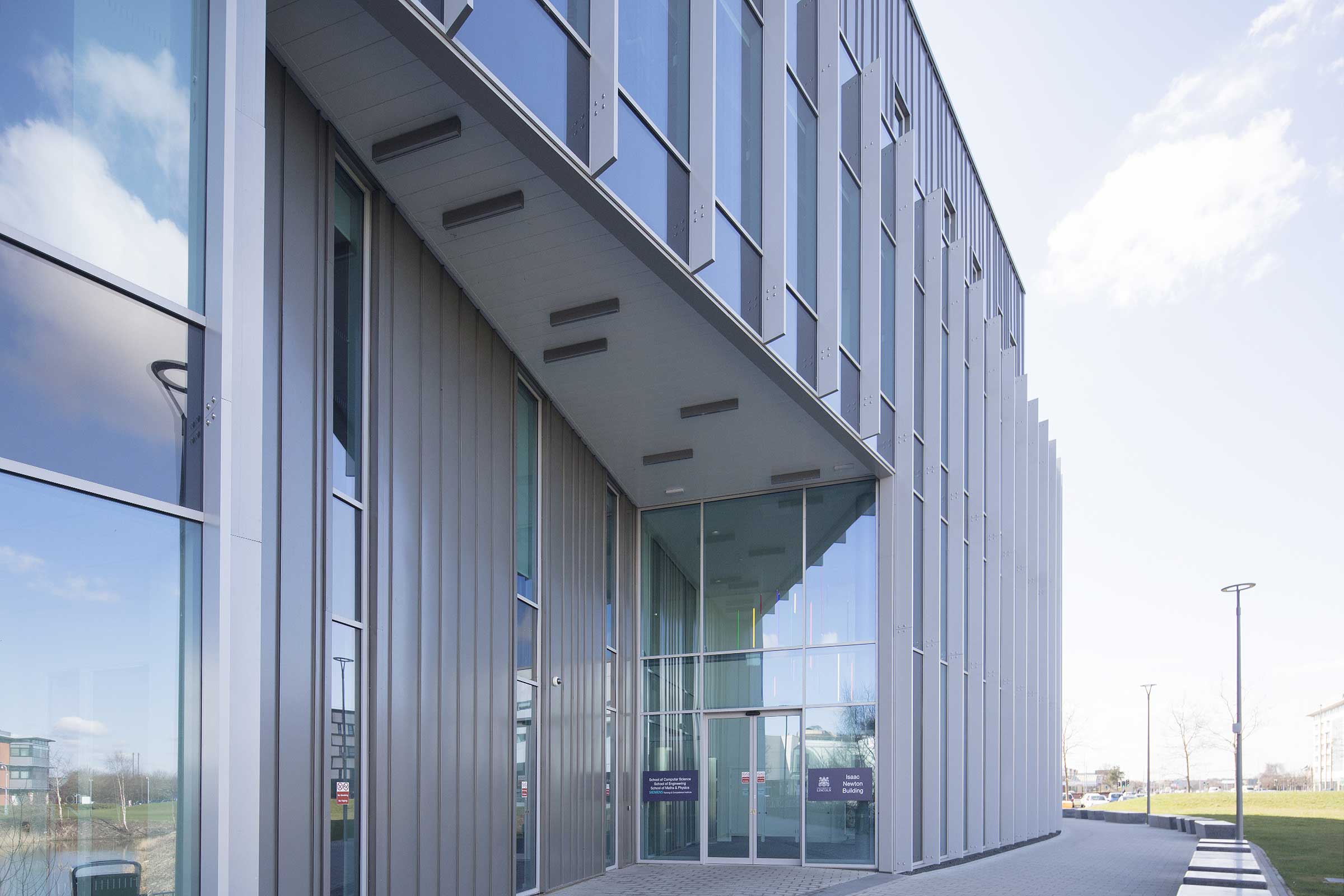 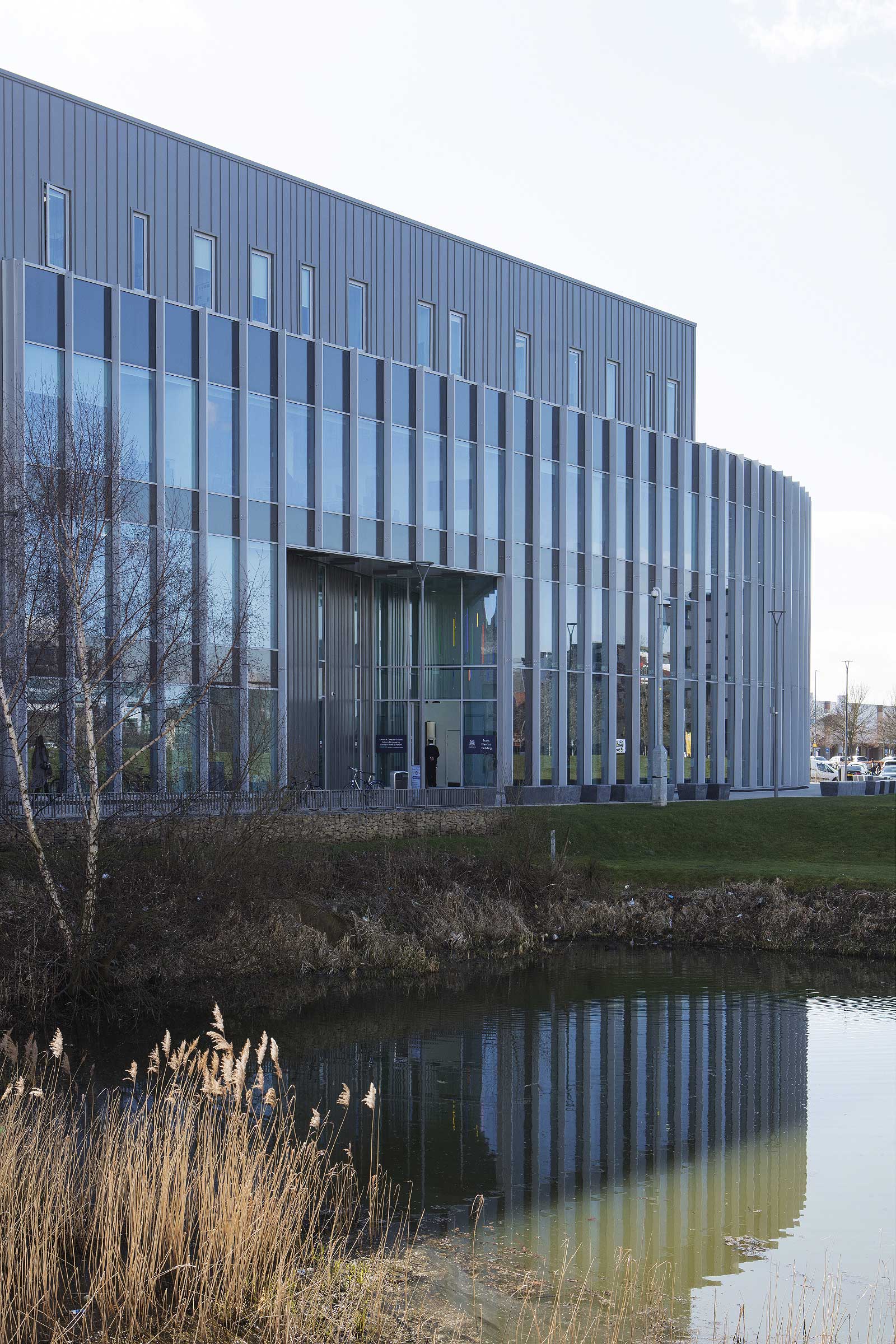 The extended building houses the Schools of Computer Science, Engineering, Mathematics and Physics which offer unrivalled scientific and engineering facilities for students; including new seminar rooms and computer labs in addition to state of the art technology and research rooms, complete with a semi anechoic chamber.

Playing a significant role in creating the curved appearance of the building, was our GEODE MX Visible Grid Curtain walling. This durable and versatile system can be applied to flat or facteded facades and is available in a choice of glazing gaskets and larger glass sizes.

The FY65 window suite was also installed throughout the building for its modern design and complete weather protection. This system in available in two different casement styles FY65 Visible and FY65 Minimal giving architects and contractors complete design freedom.

Furthermore, Technal PY55 Doors were also used for this project due to their exceptional levels of security. As a building that is used by many, the PY55 doors were chosen as the open-out hinged doors meet the requirements of Part Q of the National Building Standards, having achieved PAS 24:2016. Moreover, the PY55 Doors offer a patented design and exceptional energy efficiency. They have been developed specifically for areas of heavy and frequent use.

Matthew Harris, Project Co-ordinator at BAM Construction North East, commented on the project: “This was a really exciting project for BAM as we were extending the same building that we had built at the University of Lincoln 15 years ago. Sometimes this proved a bit of a challenge, especially as we were working during term time and on a very lively campus. It’s a very impressive building visually, which Technal’s products really help to emphasise. The Isaac Newton Building makes the University stand out amongst other institutions.”