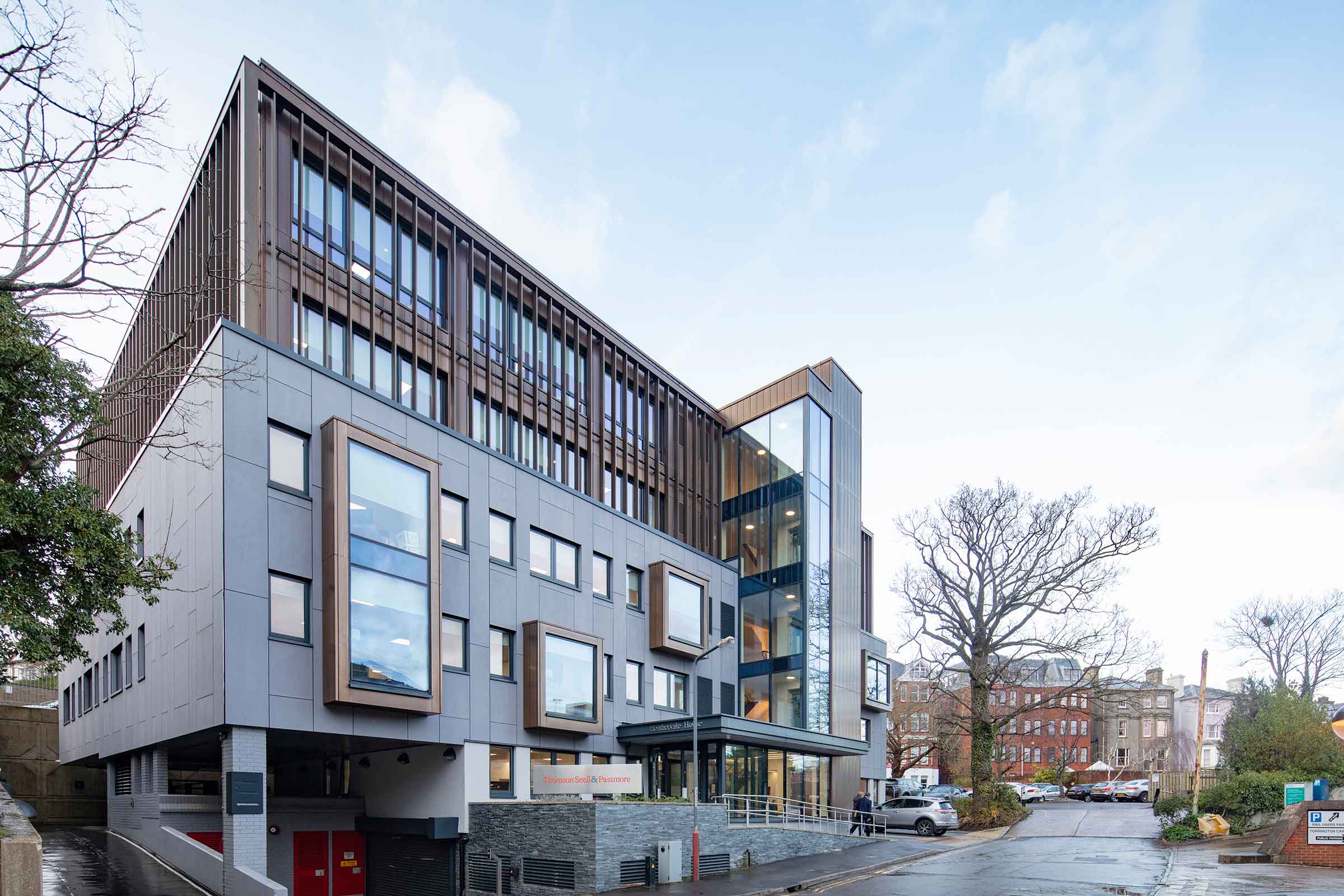 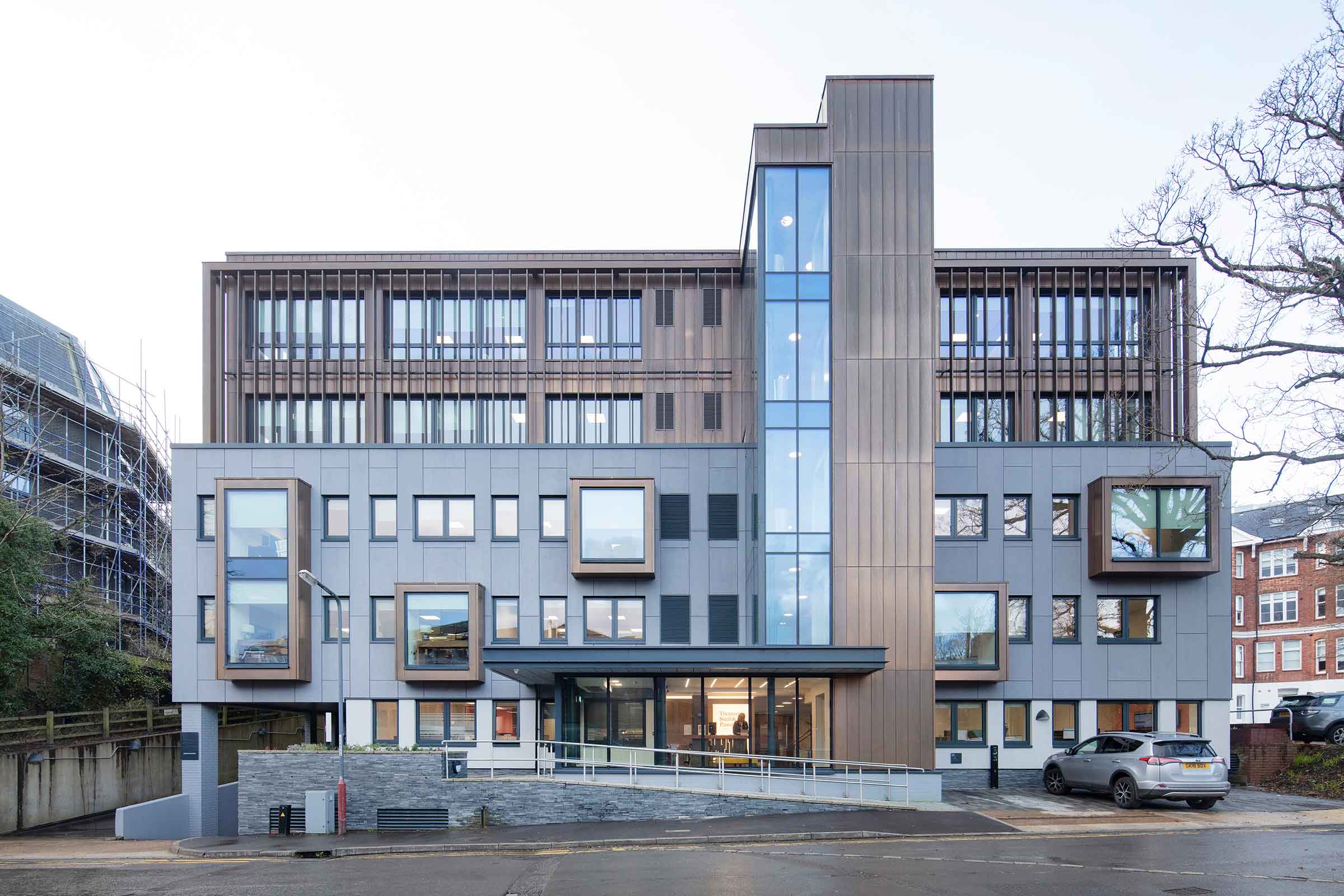 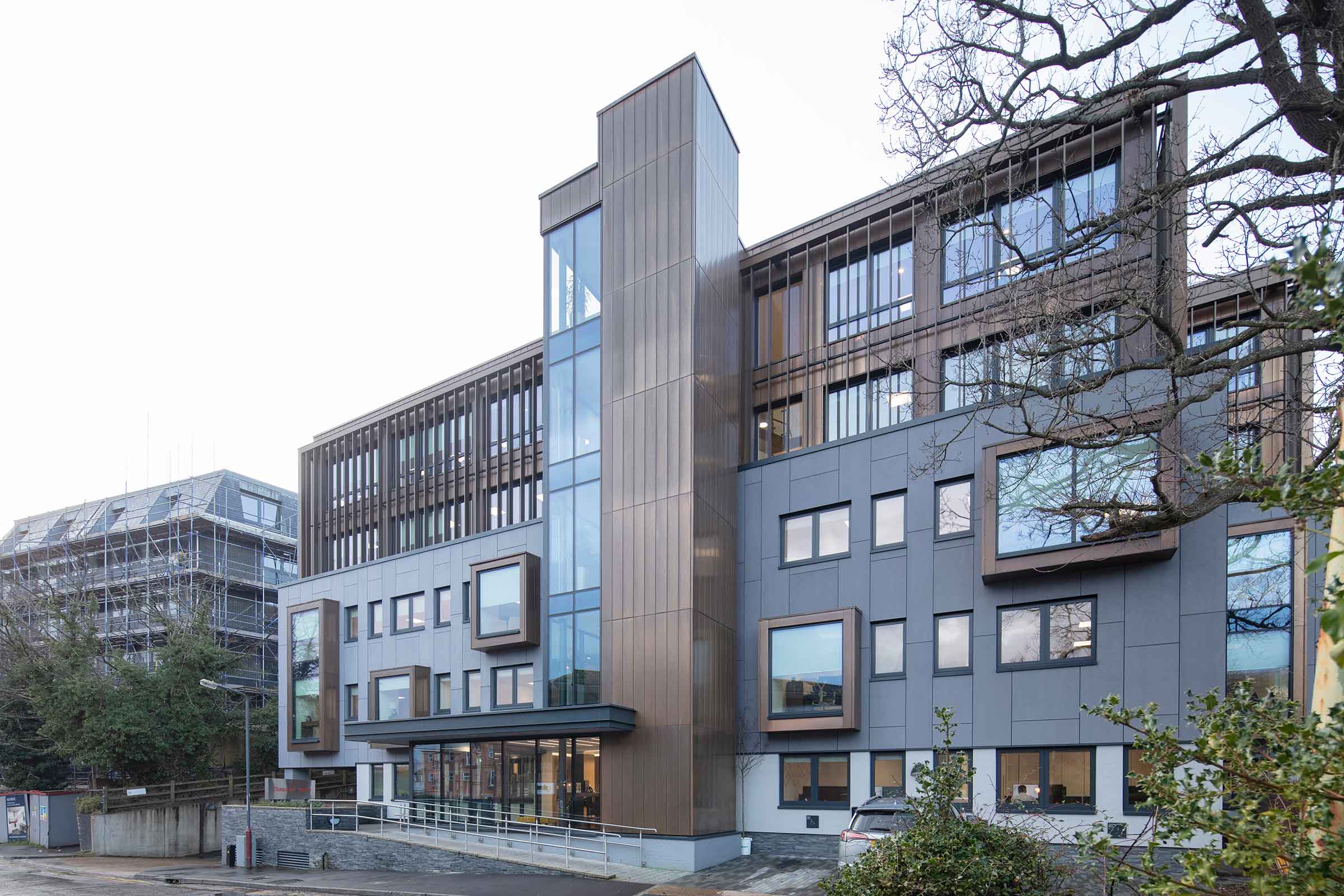 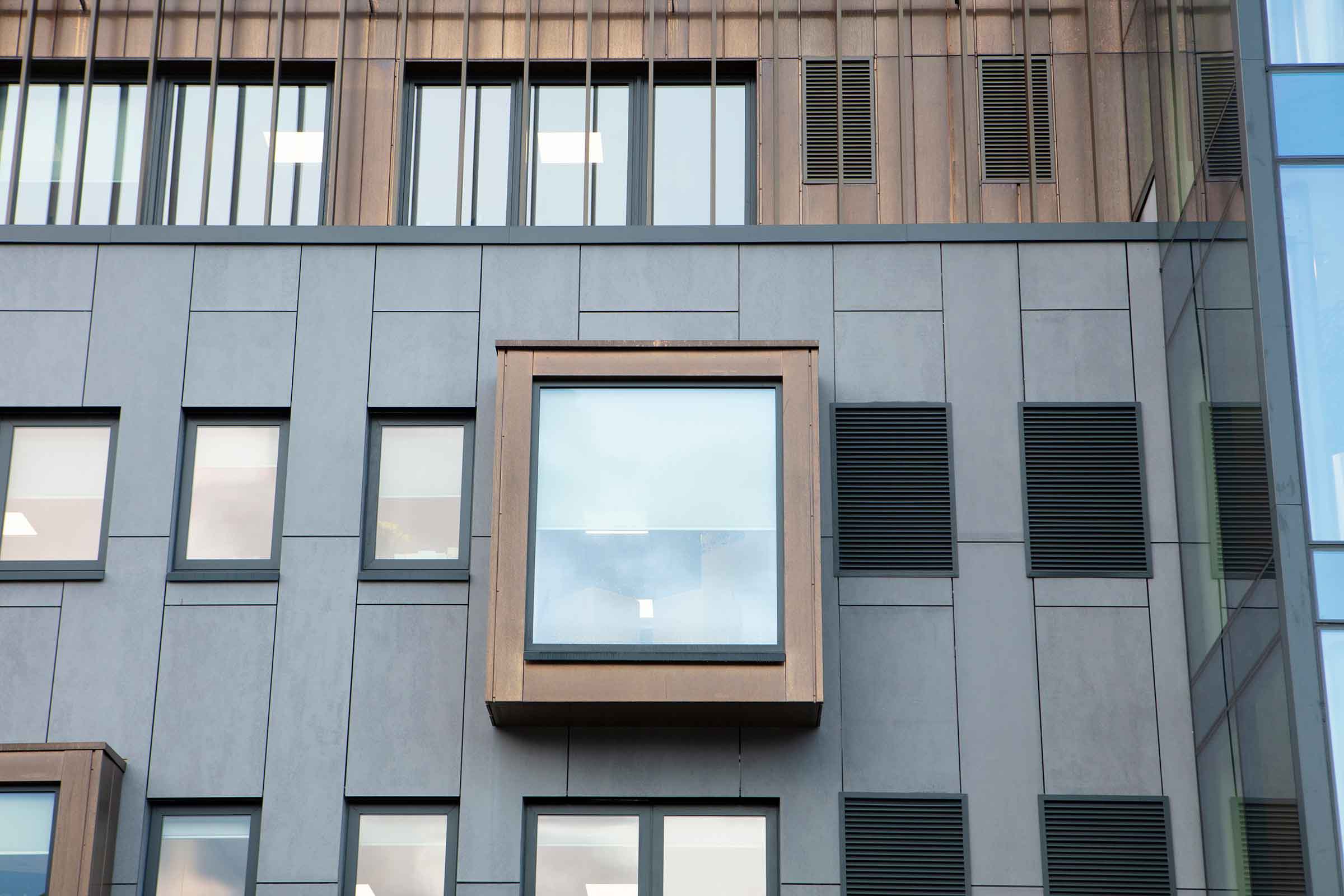 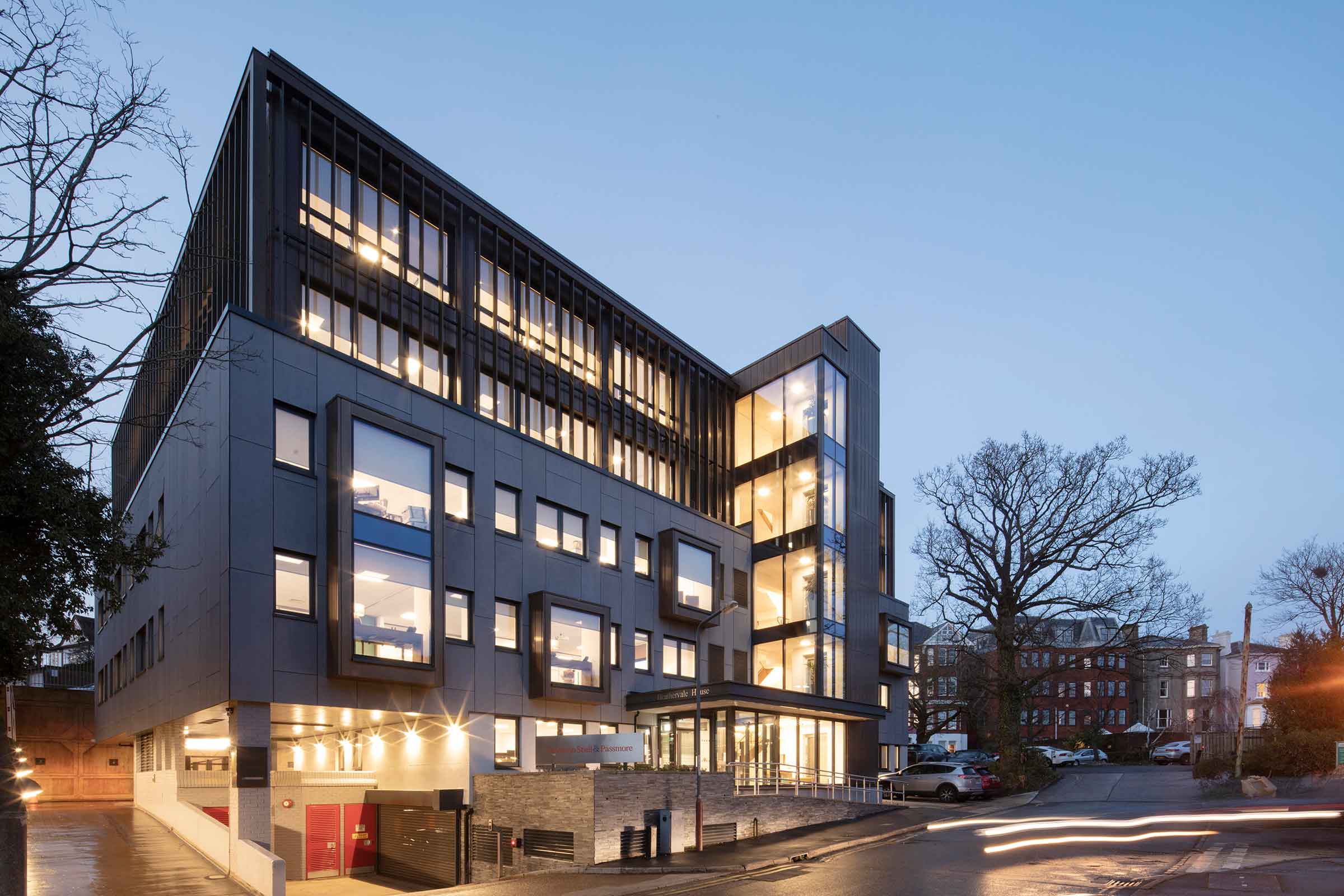 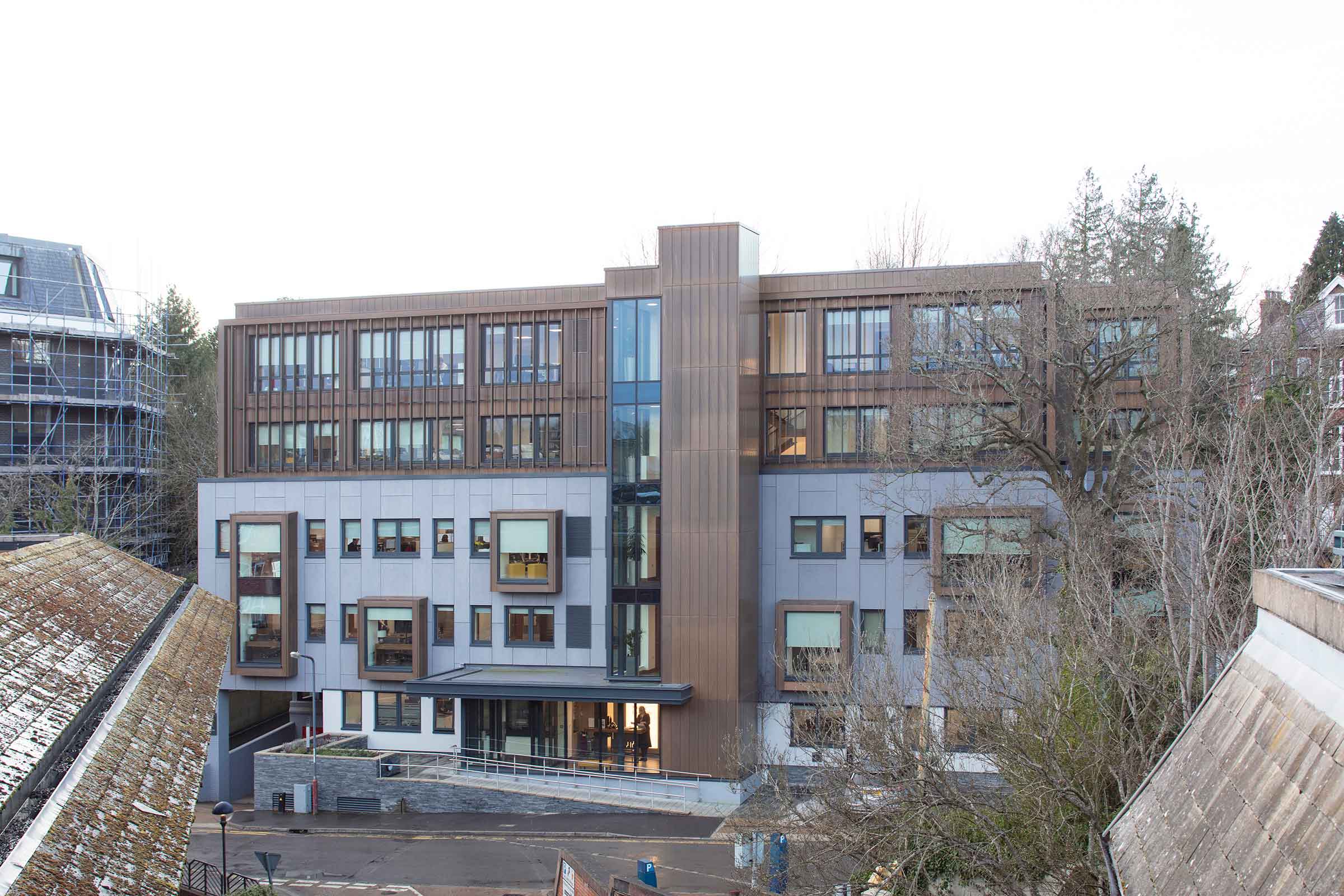 Situated in the centre of Tunbridge Wells, Heathervale House is a commercial property, which has been used as an office space for decades. Originally clad in brick, slate and hung tile, the building had shown signs of disrepair, looking tired and dilapidated. To bring it back to life, the building owner developed plans to undertake a wide scale refurbishment and extension of the property. Following a feasibility study, the building was handed across to design-led architectural practice MortonScarr.

From the outset, MortonScarr recognised how important updated glazing systems would be in improving the aesthetics and performance of the building, both internally and externally. Previously, Heathervale House had featured small, brown-framed windows, which limited how much sunlight those inside the offices received through the day.

Explaining how the architectural aluminium systems supplier got involved, TECHNAL Project Consultant, Graeme MacInnes said: “MortonScarr contacted us at an early stage of the design process to provide the build team with technical advice on how it could best achieve its vision whilst improving the building’s external envelope performance. One of the project team’s key ambitions was to incorporate more glazing products into the build, to create a much brighter, lighter space.”

TECHNAL also assisted on a large rear extension, a new glazed lift to the front and two additional fully glazed storeys on top of the existing roof. Flooding the new office spaces with daylight, the large glazed expanses are shaded by two-storey bronze louvres. As a result, the newly fitted out office now brings in much more natural light than before.