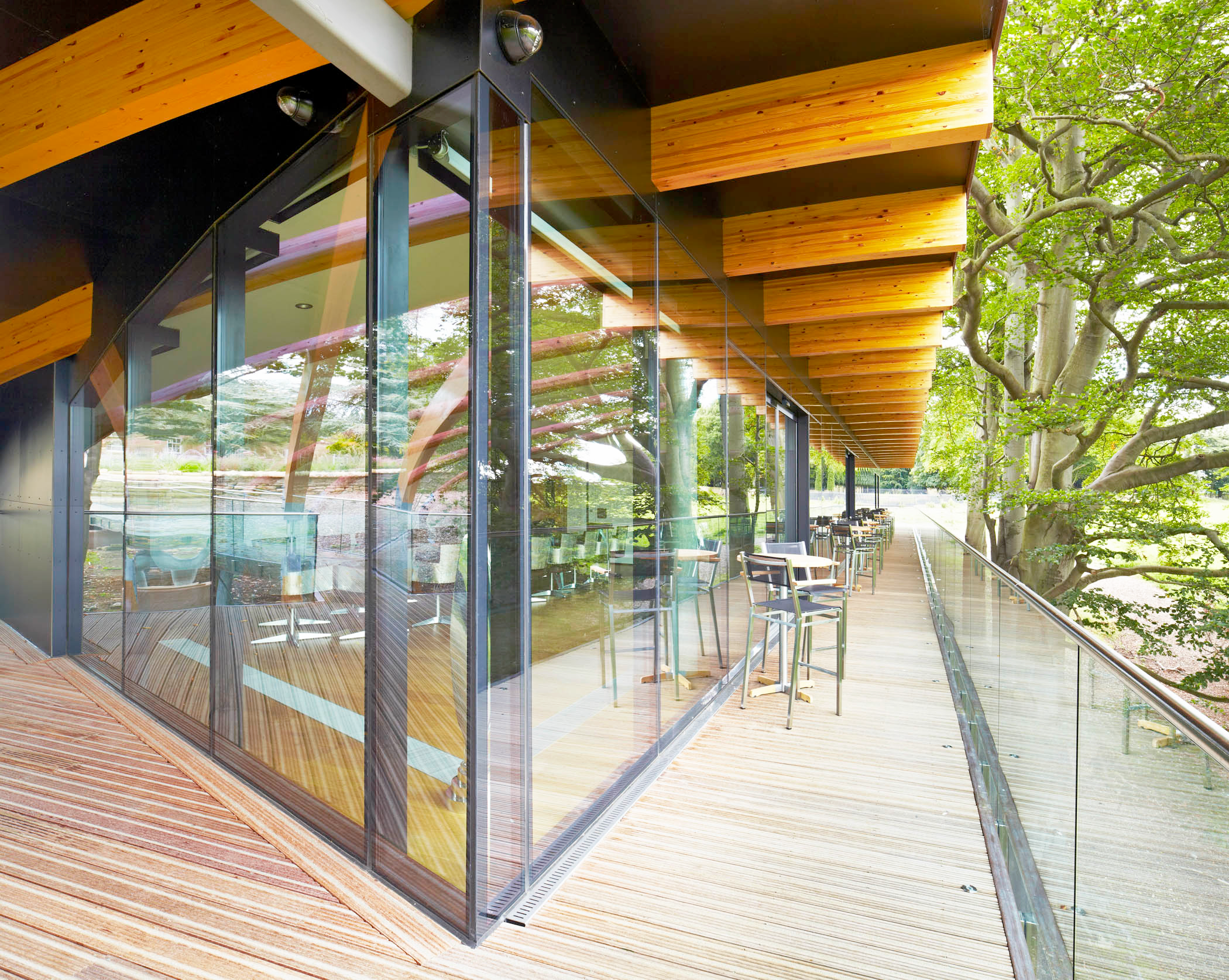 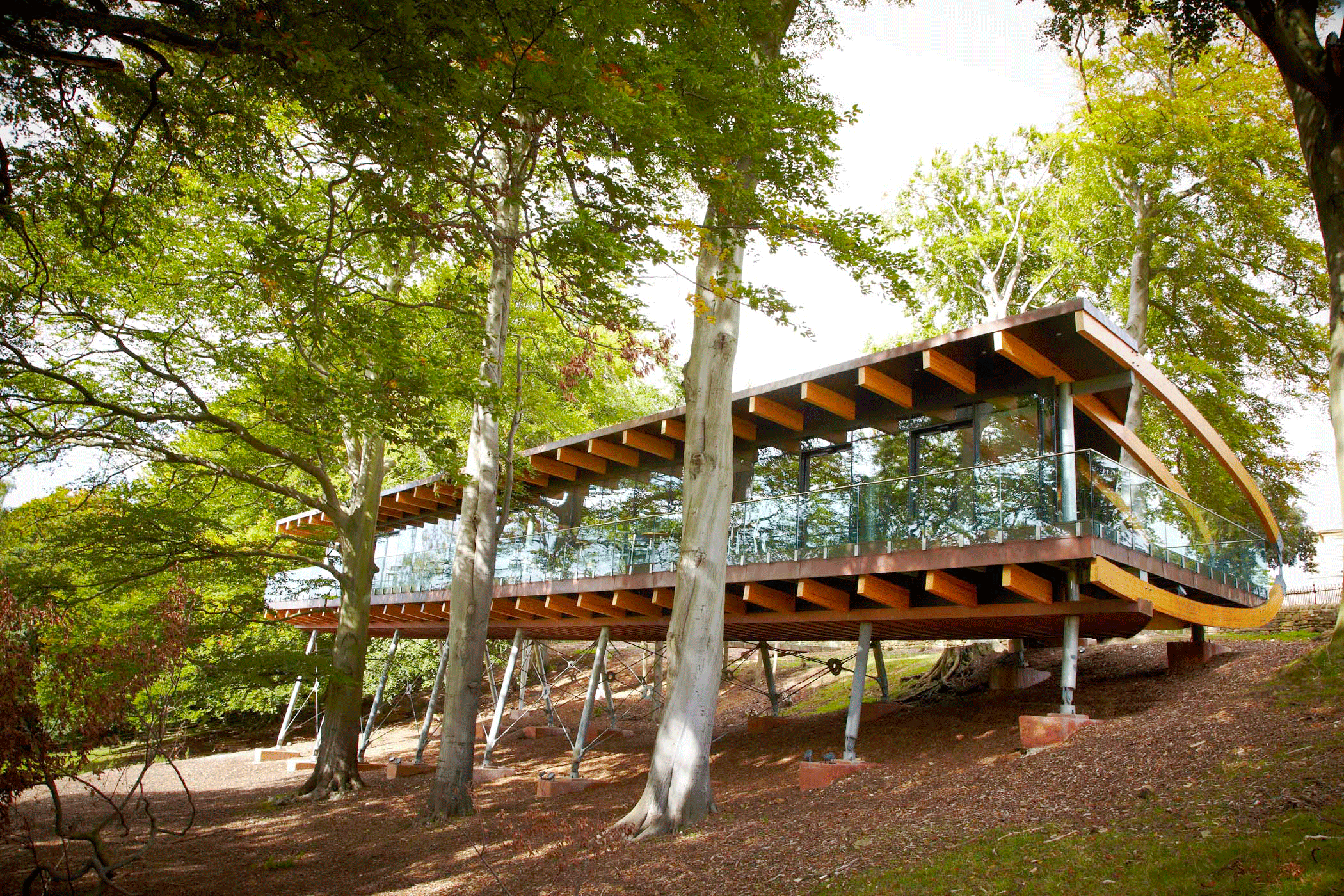 The 2,060sqft aerofoil-shaped ‘treehouse’ was commissioned by the Bayford Group at the former ancestral home of aviation pioneer Robert Blackburn, who inspired its aeronautical theme and its name, the Blackburn Wing.

Accommodating up to 140 people, the stunning timber, copper and glass events centre is the centrepiece of a £6m multi-phase restoration project across the nineteenth century listed estate near Wetherby. It is one of only two structures ever to have been built in an area of ancient woodland and appears to float among the trees.

The building’s structure is supported by galvanised steel legs which are stabilised with steel cross-bracing to replicate the original appearance of a biplane wing. There are two wooden ‘runways’ which link the wing to the estate grounds leading to the main building. The aeronautical design theme is referenced internally with a bespoke bar created from a Boeing 747 engine intake cowling; tables have been fabricated in the shape of aeroplane wings, and a frame taken from the wing structure of a Hawker Siddeley DC-9.

Comments from the RIBA Award Judges

The judges at the RIBA awards said, "This building is a tour de force, a piece of bravado, worthy of its inspiration, its location and the passion of its client. Whilst equally bold in both its conception and final form, its aptness to its siting within both a historic environment and among precious trees is admirably – even surprisingly – sympathetic."

“We are incredibly proud of this scheme and are very happy with Technal’s curtain walling. It was absolutely paramount that the glazing to the ‘wing’ of the building provided uninterrupted views across the woodland and a clean, crisp façade with a glass-to-glass appearance that correlated with the copper cladding. This has been perfectly achieved with the GEODE-MX system.”