TECHNAL and you
Preferences 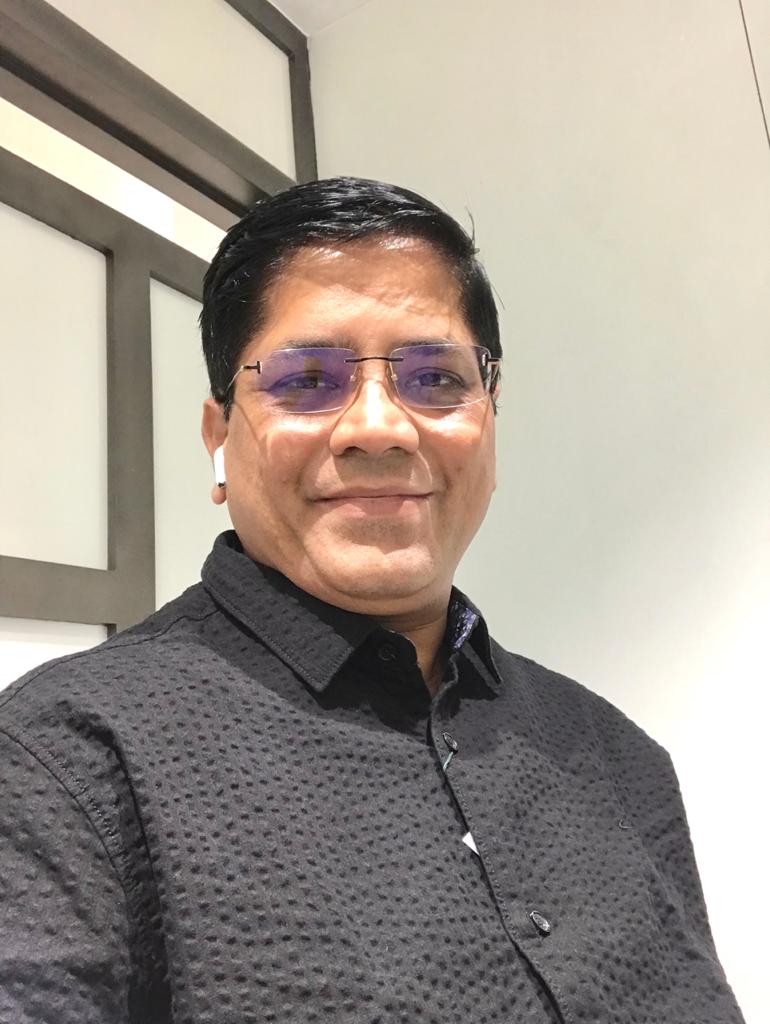 The project is no less an engineering feat as it is a design one.

RSM Design Solutions, the brain child of Mr Rakesh Morudkar is a facade engineering firm with a gamut of designers, engineers and structural engineers with operations spanning the Indian subcontinent.

The architects - DSP Architects and Associates came up with a novel  and  innovative concept of a functional design for Sun Shading – a specially engineered fin which is 500 mm wide and  20 mm  thick.

In order to turn this Concept to realty, RSM Design Solutions began to engineer the solution in line with their policy of zero/negligible deviation from design intent. Thus, designs, alternative  designs,  calculations , analysis, heat gain studies and heat dissipation calculations etc. were  done in ECO tech.

Having  studied the architect intent, the façade consultants -  RSM  Design Solutions, did a thorough thermal analysis, a standard practice for the system and the same was repeated with the add on Fin. It was conceptualised to install Fin at a distance from the façade line with help of specially designed brackets which  were placed strategically not to hinder Openable windows, ease of replacability of glass and at Stack Joints etc. The main function being no heat transmission from Fin to the system.

Further RSM proposed to use same Technal system without any modification at VRV location.  Mesh and glass line was kept the same and not staggered, thus eliminating  additional hardware, brackets and labour for installation and in turn the total Project Cost.

As the design of façade had a cantilever of 3 meters,  RSM  designed the system considering  the above and the relevant values were proposed.

The Façade also had another combination – At refuge area the termination of two corners was at 90 Degree where the façade needed to extend.  The details proposed by RSM were correctly replicated without any deviation by Technal – refer Figure  i 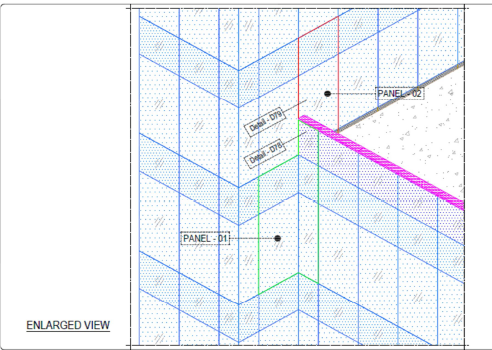 The fins were designed considering ergonomics, aesthetics, functionality and repeatability and followed the below mentioned standars -

The ‘Counter Sunk bolt’ was also  designed to be flush with the fin surface and not jetting  out.

The fin could be manufactured in two ways - Aluminium Sheet bending and Aluminium Profile Extrusions, both which pros and cons were weighed at length -

As the advantages of extruded fins outweighed those of fins made of sheet aluminium, Extruded profile fins were chosen.

Design and Engineering of Fins

Total number of fins for the Project is approximately 1800.

The horizontal Fin element was joined at 90 degrees to vertical part using corner cleat which was welded at the intersection. 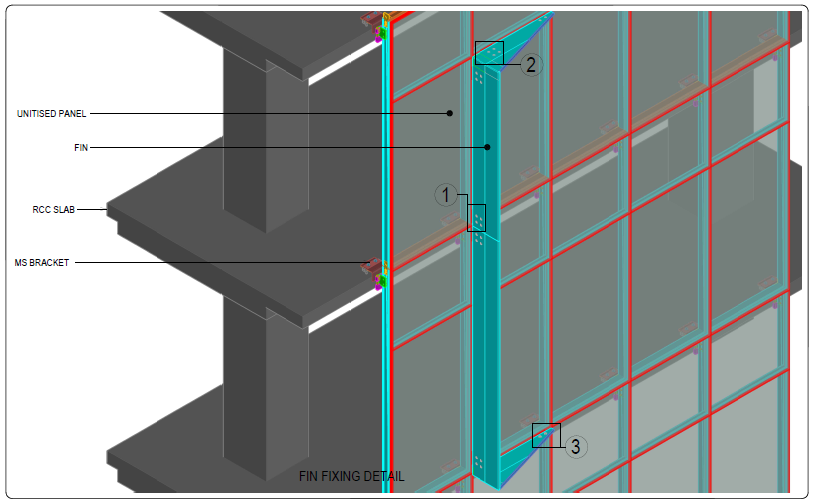 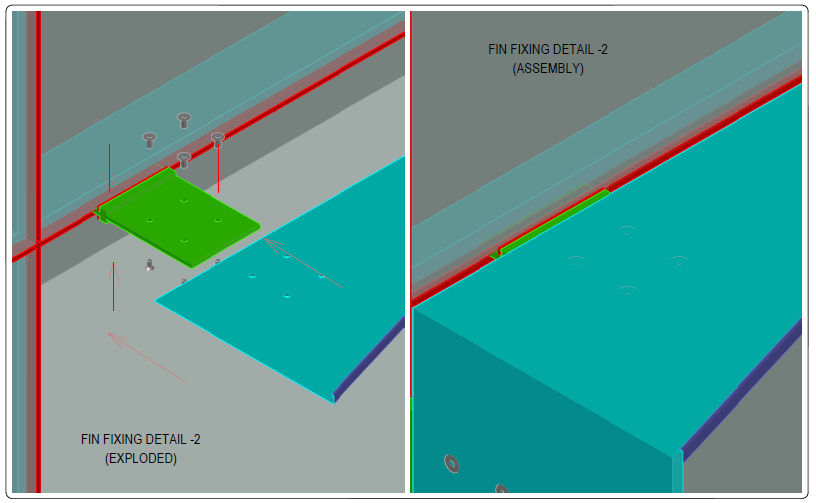 A PMU test was carried out for the Technal system with the Fin  Element and it passed all the tests  successfully and with ease at the 1st go.

The test was carried out at Façade India Testing Laboratory, Murbad.

Further the Fin also Successful passed the Push and Pull test carried out separately after  , the PMU test.

Technal India was proud to collaborate with Glazium Facades Pvt Ltd for this iconic project.