A new landmark, multi-purpose arts complex, designed by DLA Architecture, is set to become a flagship for Leeds’ growing cultural quarter.  The award-winning scheme, which incorporates a dramatic three-storey curved atrium created from Technal’s MC Trame curtain walling, provides the new headquarters of BBC Yorkshire and a facility for Leeds College of Music.

Described by the Leeds Civic Trust as ‘a distinctive piece of 21st century architecture’, the £7m, 50,000 sqft music, TV and radio centre was developed in a public/private partnership by Rushbond plc with Leeds City Council and Leeds College of Music.  The project also won the People’s Award at the Leeds Architecture Awards.

The scheme is constructed from a palette of contemporary materials.  The design features a dark blue rendered central wall, which cuts through the centre of the building and forms a backdrop to the spectacular glazed atrium.

The atrium space adds depth to the main elevation and allows views from the offices above, over St Peter’s Square towards the centre of Leeds.  It is enclosed in Technal’s MC Trame Horizontale curtain walling that was facetted on plan to follow the slope of the site.  The transparency of the glazed façade is enhanced by imaginative lighting, which changes the appearance of this dynamic building at night.

The MC Trame curtain walling uses an aerofoil profile to highlight the horizontal glazing elements across the façade.  The high proportion of glazing on the building maximises the amount of natural light entering the centre, which is situated in close proximity to other buildings at Quarry Hill, including the West Yorkshire Playhouse.  MC grid curtain walling was specified as ribbon glazing for the other elevations.

Finished in a slate grey polyester powder coating and glazed in grey tinted glass, the curtain walling was fabricated and installed by Norking Aluminium.  The scheme also incorporates Technal’s FXi52 balcony doors inserted into the MC curtain walling on the fourth floor.

Facilities for the BBC in the new arts centre include a reception area, offices, café bar, TV and radio broadcasting studios.  The building also has a 350-seat auditorium for the Leeds College of Music located on the top two floors, with a café, foyer area and changing rooms. 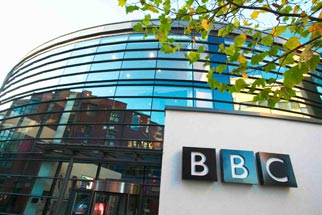 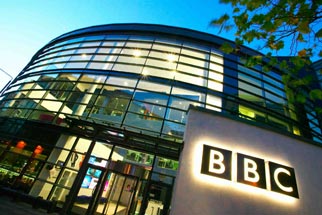